Blade Runner Insight started as a project in November 1995 and it went online in July 1996. It was at first named The Unofficial In-Depth Analysis of Blade Runner, and it was based on the idea to provide a deeper and more profound understanding of the science fiction movie “Blade Runner”.

The idea was to create a collection of essays and analytical papers written by people all over the world and easily share it online. The first versions of the site was hosted on GeoCities.

In 1999 the name of the site was changed to it's current name, Blade Runner Insight, and at the same time the domain name br-insight.com was purchased.

In May 2002, the Blade Runner Insight Forum was created, based on the phpBB forum software. It was one of the first discussion forums online dedicated to Blade Runner. I was assisted by Radomir Balint (a Slovakian Blade Runner fan) in running and moderating the forums discussions. The forum was actively used for a couple of years, until it went down permantently. We were unable to restore the forum from backup after a series of attacks.

The site has moved around a lot over the course of the two decades it has been online, from the old GeoCities community, via shared and dedicated servers, to the Amazon Web Services, where it is currently being hosted. Below, you'll find some screenshots of the previous versions of the site.

The site itself has gone through several make-overs since it was launched. The following screenshots show the different versions. 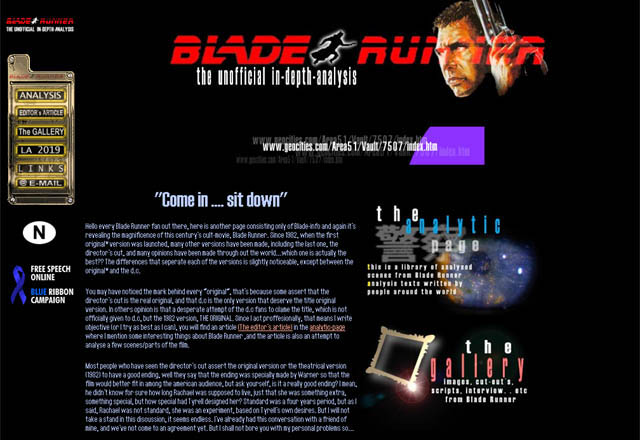 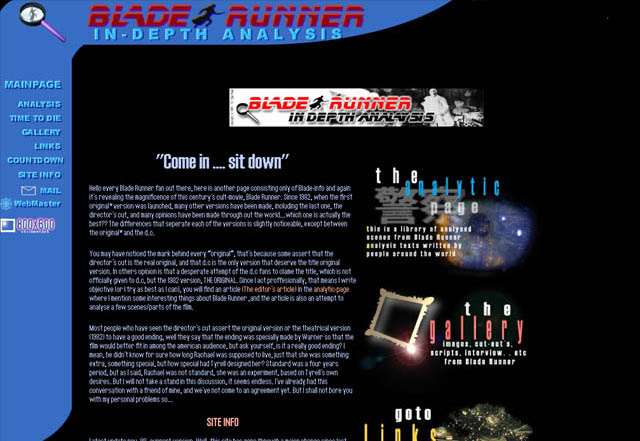 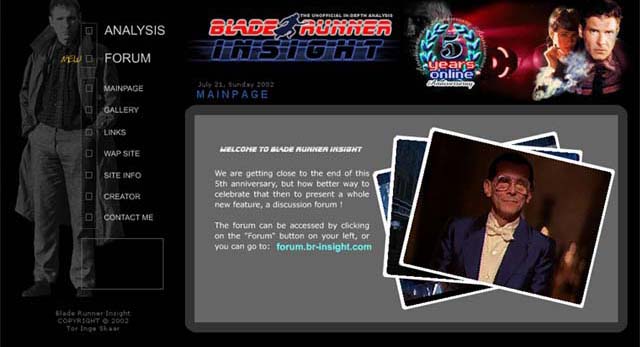 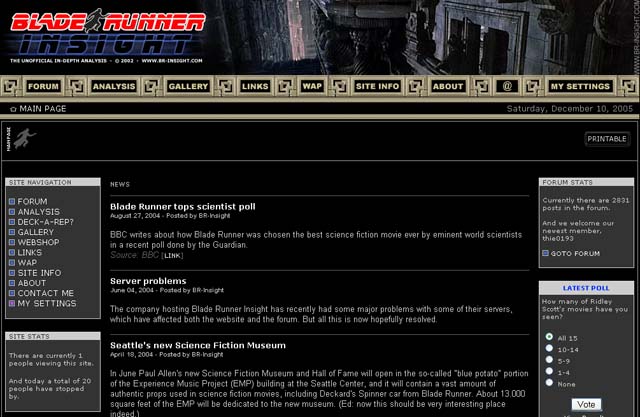 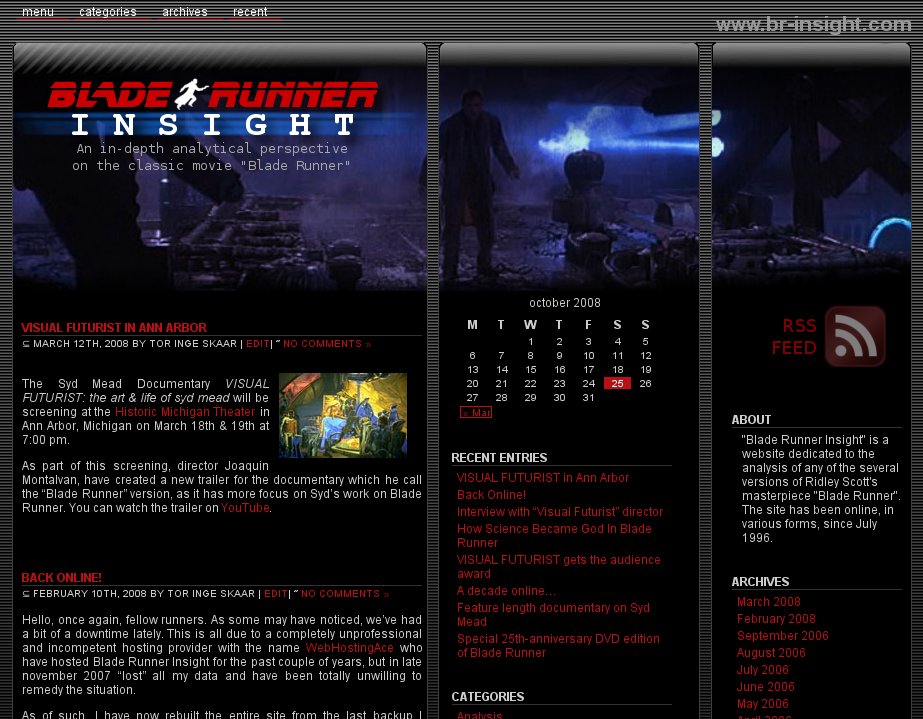 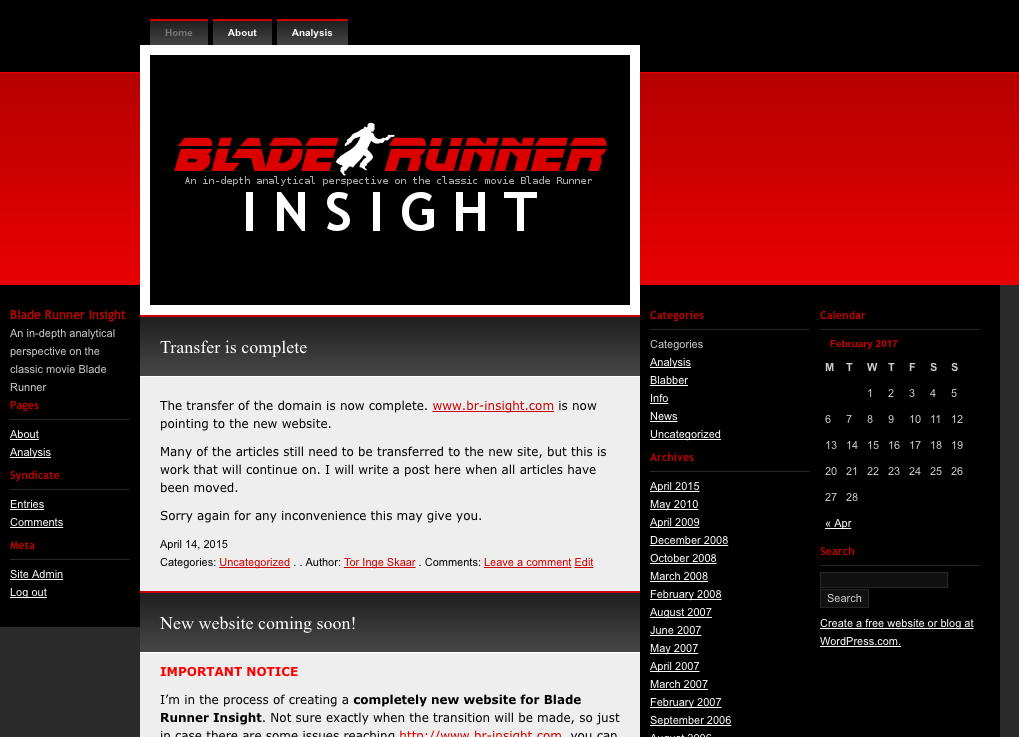 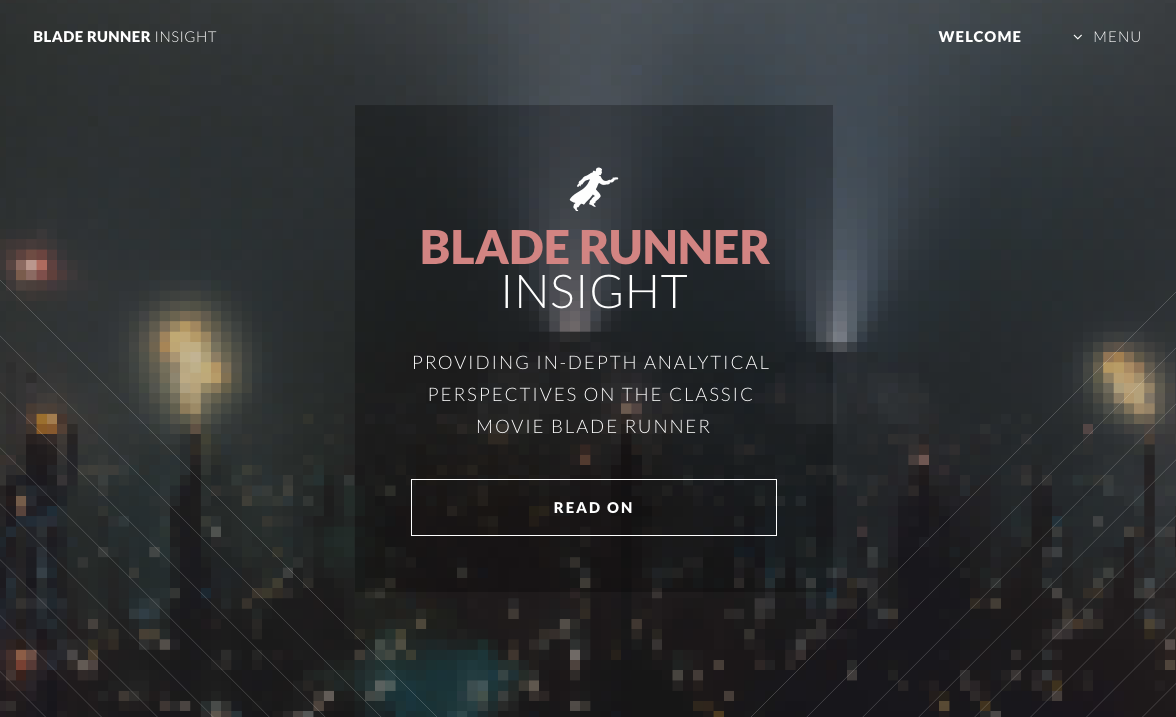